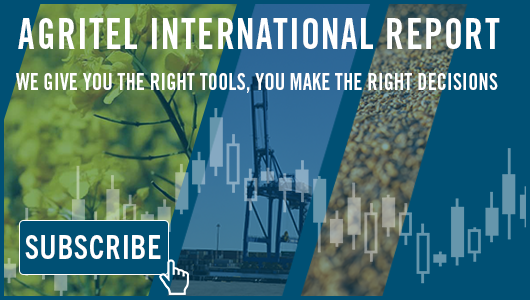 As the days pass, the weather situation in Brazil is becoming critical. The photos we are getting from Parana show crops definitively affected by the lack of water. The revision of corn production in the country will be significant according to Agritel analysts, forecasting it below 100 Mt. This will lead to a significant rise in the cereals prices, including wheat, in a context where world balances will remain tight for the coming season.

EU exports of wheat outside the European zone rose to 665,000 t in April, bringing the total to 22.14 Mt since the beginning of the campaign, compared to 30.0 Mt last year to date. Barley exports stood at 6.61 Mt, the same level as last year to date. Imports of corn fell to 12.34 Mt from 17.67 Mt last year. Port activity is currently reduced in France. The two main buyers, Algeria and Morocco, show little interest in this origin at the end of the campaign. Wheat production in Morocco for the next harvest looks promising.

The rainfall expected in France today could be disappointing in many regions. Other European countries are suffering from less water deficit than France at the moment.

Euronext's COT release yesterday showed the funds to increase their long positions in wheat to 133,450 lots from 120,471 lots last week.

Rapeseed prices continue to rise, with new highs posted in Canada on canola. The palm is up this morning by +3 to 4% depending on the contract. Rapeseed imports into Europe are currently at 5.43 Mt compared to 5.30 Mt last year.

The dollar is strengthening this morning to 1.2000 against the euro and trading at 74.82 against the rouble. Crude oil continues to rise to 65.60 $/b.

Weekly ethanol production is displayed at 952,000 barrels per day compared to 945,000 last week and stocks were up to 20.4 million barrels from 19.7 million last week. China canceled a 140,000t old crop corn purchase but remains active in 2021 crop purchases. As a result, corn prices remain strong, especially for the 2021 crop.

Traders will be watching next week's USDA report with interest, especially with the new corn production estimates for Brazil.

Given the soybean to corn price ratio, farmers may be tempted to increase corn plantings. However, last minute crop rotation changes are quite rare given the necessary pre-seeding preparations.

The rainy area is setting up over the Black Sea. Most of the precipitations are expected for the weekend with accumulations that could exceed 50mm as in the case of the Rostov region.

These weather conditions could once again impact the progress of sowing, which shows the slowest pace for the last 7 years. 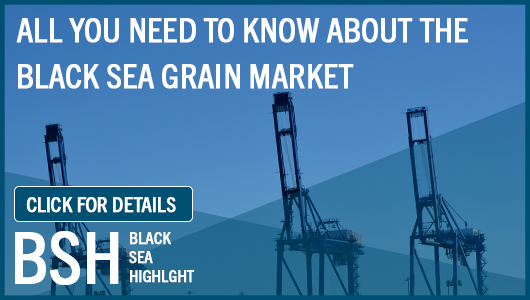 Job offers in France at their highest level for many years