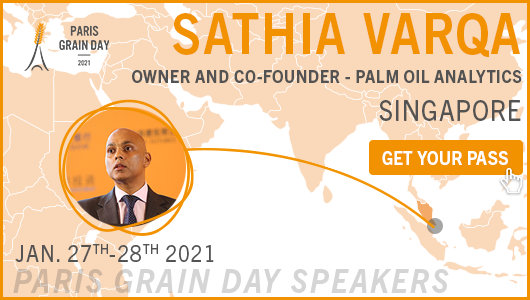 From an economic point of view, a certain optimism has appeared, with the announcement of several anti-covid vaccines available soon on the market. This is reflected in a rise in crude oil prices, posted at 43.50 $/b this morning in New York. The dollar reacted little to the announcement of Donald Trump's acceptance to give up his place to Joe Biden. It stands at 1.1850 against the euro and 75.90 against the ruble.

On the international scene, a new sale of 334,000 t of corn from the USA to an undisclosed destination was announced. Pakistan confirms its purchase of 340,000 t of milling wheat from the optional origin. Tunisia is also buying durum wheat, soft wheat and feed barley.

As of 22 November, the EU, including Great Britain, had exported 9.19 Mt of wheat, down by 20% on the previous year to date, as a result of the sharp drop in production. France remains the leading European exporter with 2.37 Mt exported to date. Algeria remains the leading importer with 1.74 Mt, followed by China with 1.15 Mt of wheat to date. Corn imports into Europe stand at 6.75 Mt, of which 4.12 Mt come from Brazil.

Oilseeds continue to benefit from the firmness of vegetable oils and high crushing margins. Yesterday canola prices in Canada were at their highest level in seven years. Imports of rapeseed into Europe currently stand at 2.61 Mt against 3.21 Mt last year to date.

Prices showed firmness on all products yesterday in Chicago, in a context of sustained export activity and a persistent water deficit on autumn crops. The USDA's crop rating for winter wheat was only 43% for crops estimated as « good to excellent », compared to 46% last week. The situation is most problematic in Texas with only 29% of wheats seen as « good to excellent », down by 3 points from last week.

Note that US markets will be closed on Thursday for Thanksgiving.

In an interview with Interfax, Mykola Gorbachev, President of the Ukrainian Grain Association, comments on the execution of forward contracts, which is always difficult and critical. He believes that lawsuits for non-execution of these contracts should intensify from mid-December. He assures that the signing of a memorandum on this issue between the authorities and the exporters' and producers' associations is no longer under discussion and believes that the Ministry of Economic Development, Trade and Agriculture has simply withdrawn from the problem, adding uncertainty and turbulence to the market.

Depending on the profile of operators, interpretations of texts of contracts differ. Producers want to activate the force majeure clause following the summer drought by obtaining certificates from the Ukrainian Chamber of Commerce and Industry. Exporters reply that this clause does not release them from their contractual obligations but only suspends them for a certain period. 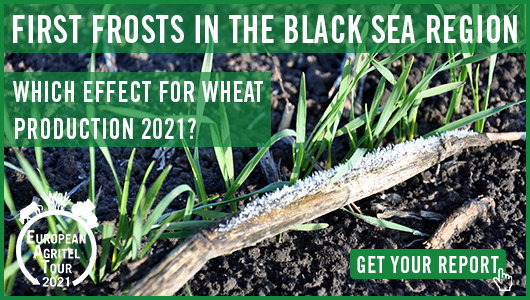